A theatre of international stature

Opera, operettas, musicals, symphonic concerts, ballet, drama – the Anhalt Theatre caters to many tastes and its productions never fail to attract audiences from all over Germany.

The dimensions of the gigantic stage are impressive and provide the ideal setting for large-scale musical theatre. The Anhalt Philharmonic Orchestra – one of the oldest, most tradition-steeped orchestras in Saxony-Anhalt – has its home here and offers a varied programme of symphonic and chamber concerts. Lastly, the stage offers space for really great theatre – in the literal sense of the word. The Grosses Haus (“Big House”), as it was then known, opened in 1938, but the theatre’s history goes back much farther: the first theatre building in Dessau was built in 1798. In the summer, the orchestra gives popular lakeside concerts in Wörlitz Park. Also in the park is the artificial rocky island of Stein, with an amphitheatre where the Anhalt Theatre gives regular drama performances in the summer. 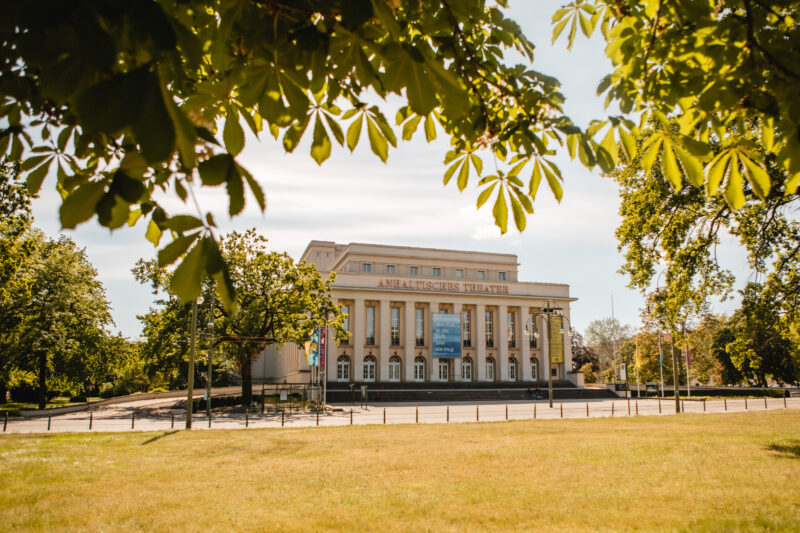 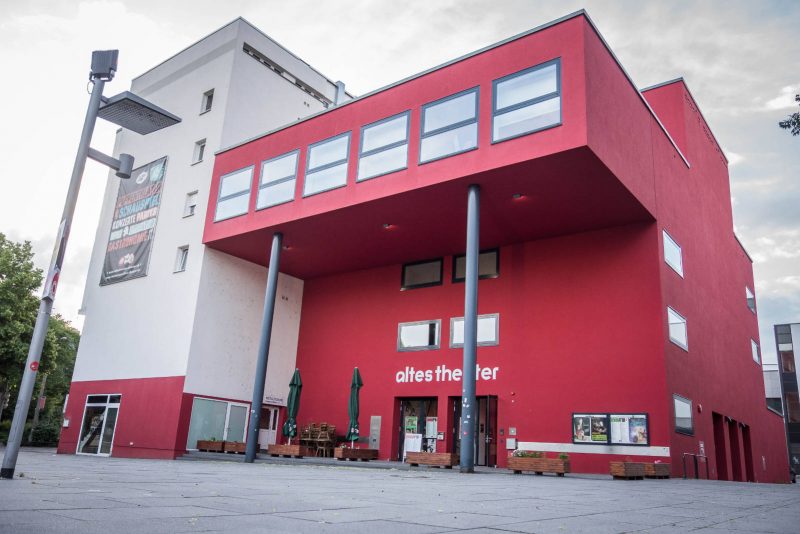 A small theatre with a varied programme

The Altes Theater, or Old Theatre, is the smaller venue of the Anhalt Theatre and home to the puppet theatre. The tree different stages allow for diverse drama productions – from modern stagings of classic plays to improvisations with unpredictable outcomes.

Since 2006, Dieter “Didi” Hallervorden, a native of Dessau, has been an honorary citizen of our city. In addition to his main residence in Berlin, the famous actor, cabaret artist, singer, presenter and theatre director travels all over the world and is by no means thinking about retirement. For his current project, he is now returning to his home country to create a new cultural attraction here.

From 4 September 2022, he will transform the Marienkirche in the centre of the city into the new venue “Mitteldeutsches Theater” (Central German Theatre) and invite visitors to a varied programme with numerous prominent guests.

For the premiere, Dieter Hallervorden himself will perform in his play “God’s Life Course”. The first season will be enriched by other performances such as “Rain Man”, “Heavenly Times” or “A Strange Couple”. In addition, the programme promises a colourful mix of readings, cabaret and concerts with well-known guest appearances from Sebastian Fitzek to Frank Schöbel.

The setting of the new old Marienkirche in the heart of the city will provide the perfect backdrop.
You can find the programme here. 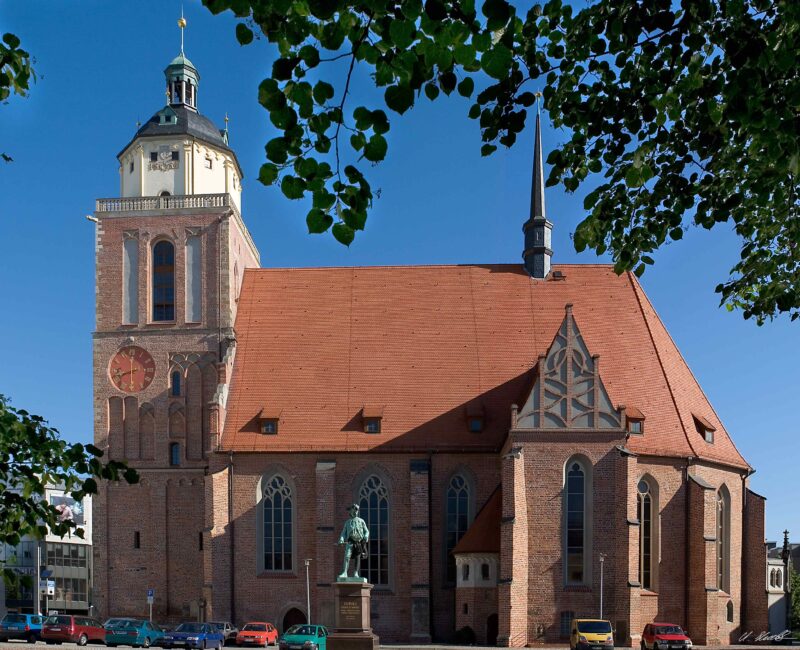 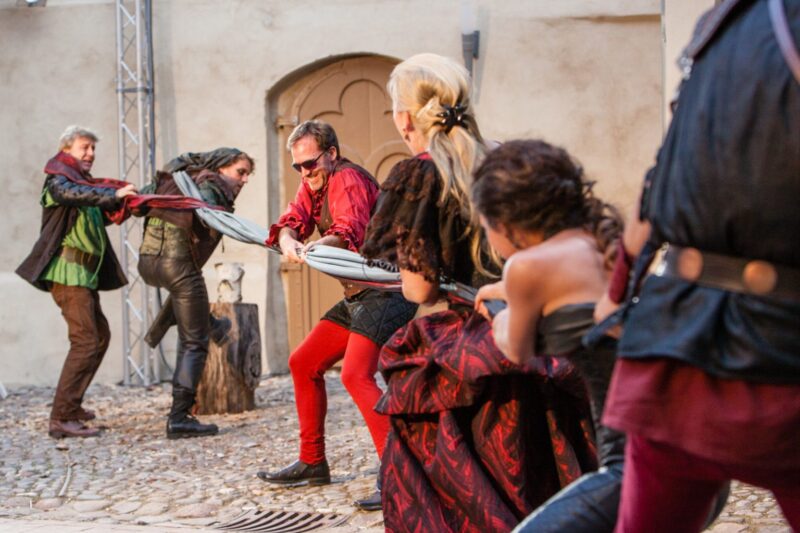 A theatre with a special backdrop

In the summer, the Wasserburg (“Water Castle”) in Roßlau is transformed into a fantastic backdrop for theatre, drawing visitors from all over the region.
The Burgtheatersommer theatre festival was created in 2005 by freelance actors, directors and creative artists who founded the theatre company now called theaterBurg Roßlau e.V. and performs on nearly 20 evenings a year. In addition to the regular programme, there is also children’s theatre, matinées and workshops for kids and teens.

The ancient walls of Roßlau’s Wasserburg create the special atmosphere typical of these theatre performances.

You can find hints and tips on current events in the events calendar.