Reppichau, five kilometres from Dessau-Mosigkau, was the home town of Eike von Repgow, the writer of the Sachsenspiegel, a mediaeval compilation of Saxon customary law. Today, the place is an art project and at the same time a living museum for its most important son.

The Sachsenspiegel is regarded as the most important law book of the Middle Ages and the oldest major linguistic monument of German prose. Eike von Repgow wrote it between 1220 and 1230 in the eastern foothills of the Harz Mountains. The exact time and place of writing are unknown. Commissioned by Counter Hoyer II of Falkenstein (a castle in the Harz), he wrote the book in German.

Reppichau is a veritable open-air museum of German and European legal history, with model figures and murals on themes taken from the Sachsenspiegel. With the WelterbeCard, you can take a day trip to marvel at this impressive backdrop and take advantage of numerous discounts. 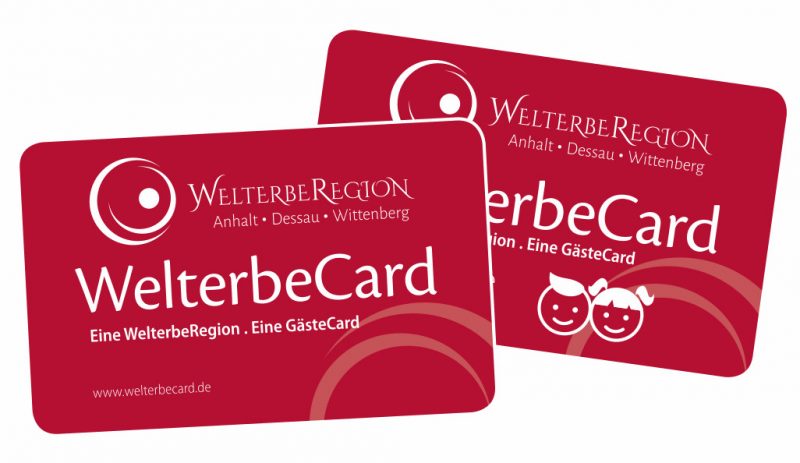 Discover the World Heritage region of Anhalt-Dessau-Wittenberg with the WelterbeCard!
With this visitor card you pay once to take advantage of more than 100 offers and visits in four UNESCO World Heritage Sites involving art, culture, nature or good food.

In 24 hours or on the three days of your choice within the period of validity, depending on the time you have.

Find out more about the WelterbeCard.