In the footsteps of princes

The former principality of Anhalt extended from the Harz Mountains to the Fläming region. Not only in Dessau but also in the other towns in Anhalt where the princes had their courts, the long history of the royal houses can be seen and felt.

At a glance: Köthen / Zerbst/Anhalt / Bernburg

The Bach city in Anhalt

Once you arrive, the lovingly restored historic centre beckons you to explore its streets by taking a leisurely stroll. And there is plenty to discover, because Köthen has a rich history. For example, Bach lived and worked for six years as kapellmeister at the court of Prince Leopold of Anhalt-Köthen, writing unforgettable music such as the Brandenburg Concertos. Looking back in later years, he said that he had been happy here. References to Bach are omnipresent, such as in the Agnuskirche (Church of the Holy Lamb) or the palace museums.

These house exhibitions on other important people in Köthen’s history, as well as an exhibition on the German language and the German-speaking world, Erlebniswelt Deutsche Sprache, curated by the Fruchtbringende Gesellschaft. The head of this Baroque academy for the cultivation of the German language, the first of its kind, was Prince Ludwig of Köthen. There is also the Naumann Museum, housing the collection of Johann Friedrich Naumann, the founder of Central European ornithology, which has been on display there since 1835.

This is not to forget Samuel Hahnemann, who lived in Köthen for many years and made it the home of homeopathy. His house, which has  been preserved, draws visitors from all over the world, as do the exhibition in the palace and the European Library of Homeopathy.

Today, the town is keen on combining history and modernity. The Anhalt University of Applied Science, based in Köthen, is a fine example of this. The former ducal polytechnic, where Hugo Junkers also gave courses in avionics, is now more than ever a vital nerve centre for the town. Students from more than 100 countries make the town a lively place. The town motto is Anhalten und erleben – a play on the name of Anhalt, and which literally means “Stop and experience”. 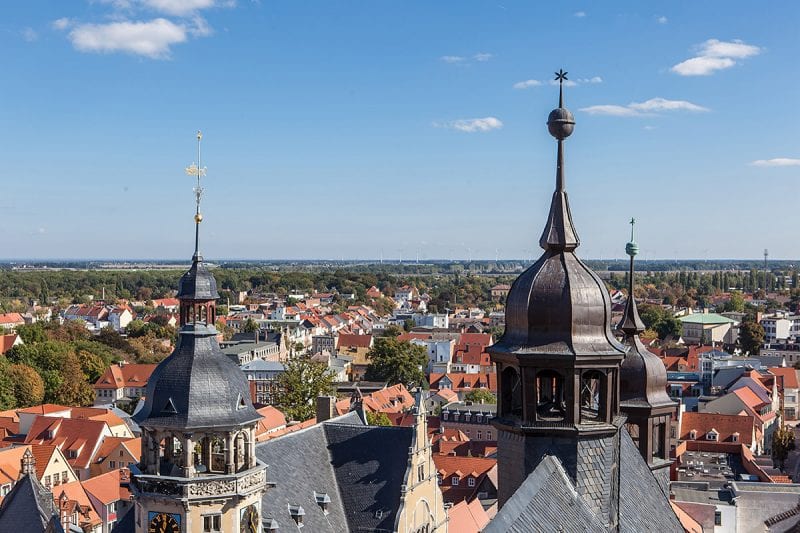 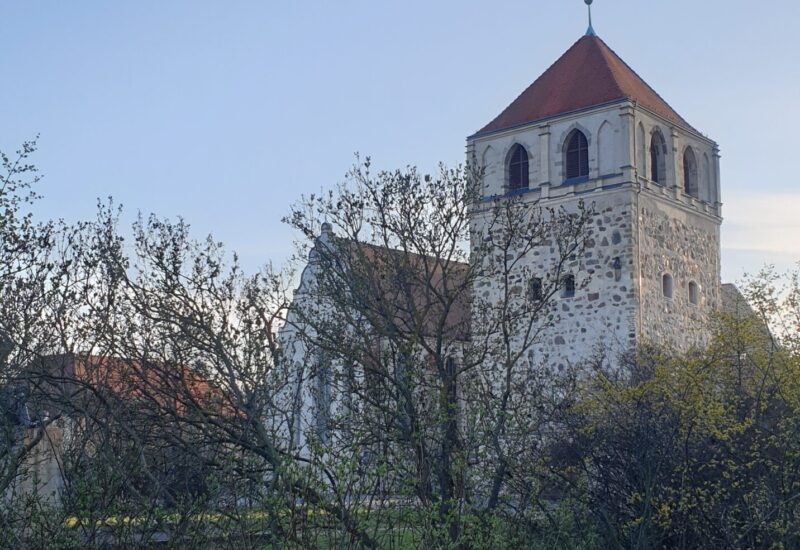 The home town of Catherine the Great

The former royal seat of Zerbst in Anhalt lies between the Elbe and the Fläming region. The Empress Catherine II of Russia, known worldwide as Catherine the Great, was born into the royal house of Anhalt-Zerbst and in the eighteenth century was one of the most powerful rulers in Europe.

Zerbst was formerly the largest and most important town in Anhalt. The mighty mediaeval town wall, former monasteries, churches, the preserved east wing of the palace and other historic buildings recalling the splendour of the heyday of those princely times still bear witness to this today.

The almost completely preserved fortifications dating from the Middle Ages still enclose the core of the town and are approximately four kilometres long. Three of the formerly five town gates still stand and are an integral part of the town’s visual identity. You can walk along part of the ramparts on a guided tour of the town.

The memorial and the museum collection, as well as the Catherine the Great tourist route set up in Zerbst in her honour, are unique in Germany. Consisting of ten stages, this tells of the ruler’s life and work, her family and the history of the town.

Baroque music performances – during the Fasch Festival, for example – are aimed first and foremost at upholding the legacy of the composer Johann Friedrich Fasch, the royal kapellmeister of Zerbst from 1722 to 1758.

The stone Roland statue has been watching over the town from the market square since 1445, and standing faithfully by his side for many centuries past is the golden Butter Maiden, both an emblem and a figure of legend.

Those arriving in Zerbst along the Luther Trail can visit some interesting and authentic sites from the Reformation period. Martin Luther and Philipp Melanchthon, by staying and preaching here, helped the new faith to make a rapid breakthrough. Zerbst went down in the history of the Reformation as the first Protestant town in Anhalt.

The former royal seat of Bernburg lies about 45km west of Dessau-Rosslau in the Lower Saale Valley Nature Park. Bernburg Castle, the “crown of Anhalt”, sits picturesquely on the banks of the Saale.

Awaiting visitors is a wonderful historic town centre full of imposing buildings and historical anecdotes as well as bustling activity and a variety of cultural and leisure activities.

A small park railway runs through Krumbholz nature and recreation area, which comprises the zoo, the Kessler Tower and the Paradies fairytale theme park. You can take a trip through the Lower Saale Valley Nature Park on the fully air-conditioned passenger ship MS Saalefee.

The countryside around Bernburg is characterised by the foothills of the Harz and the Saale floodplain. Traversing it are the Romanesque Route, the Blue Ribbon route and the Luther Trail. 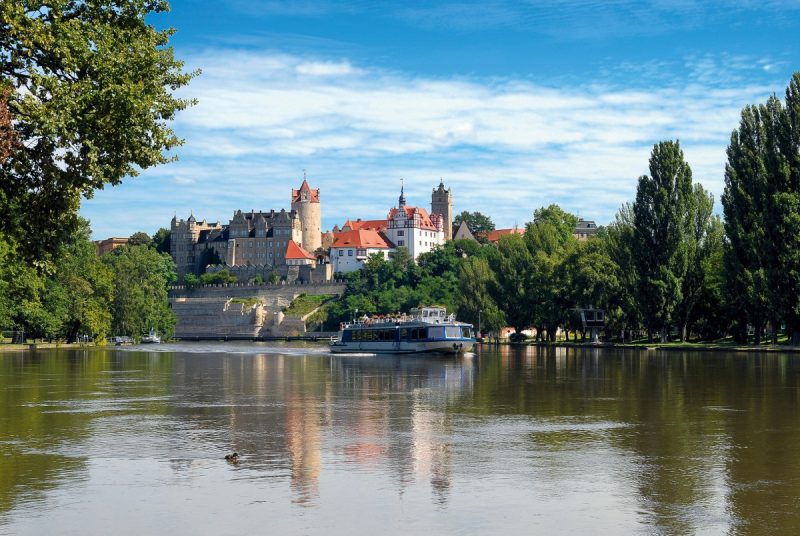